“I would like to thank the voters of the Fourth District for their vote of confidence and continued support. It is my greatest honor to represent them in Congress. I am especially grateful to have received 67.79% of the vote in a turbulent election cycle.

The past two years have seen the best economy in my lifetime, rising wage growth, and record low unemployment. We were also confronted with a global pandemic. Despite the challenges, I am proud of the bipartisan work we have done to help provide relief to millions across the country with programs such as the Paycheck Protection Program that has saved conservatively over 50 million jobs since April of this year.

I am also proud of the increase in missions and funding to Tinker AFB and Fort Sill, the additional funding to our veterans, the continued record funding for research into diseases such as Alzheimer’s, and cancer while supporting our children through early childhood education and higher education priorities like TRIO and Gear Up.

I promise to do everything in my power to help restore, rebuild, and renew this great country rather than letting it be destroyed by one-sized fits all federal edicts like Medicare For All and the Green New Deal.

While I am willing to work with anyone for the greater good, my job is to fight for the views, values and interests of Oklahoma in general and the Fourth District in particular. I am ready to undertake that fight for another two years!

Once again, I would like to thank the voters of the Fourth District for electing me as their representative.” 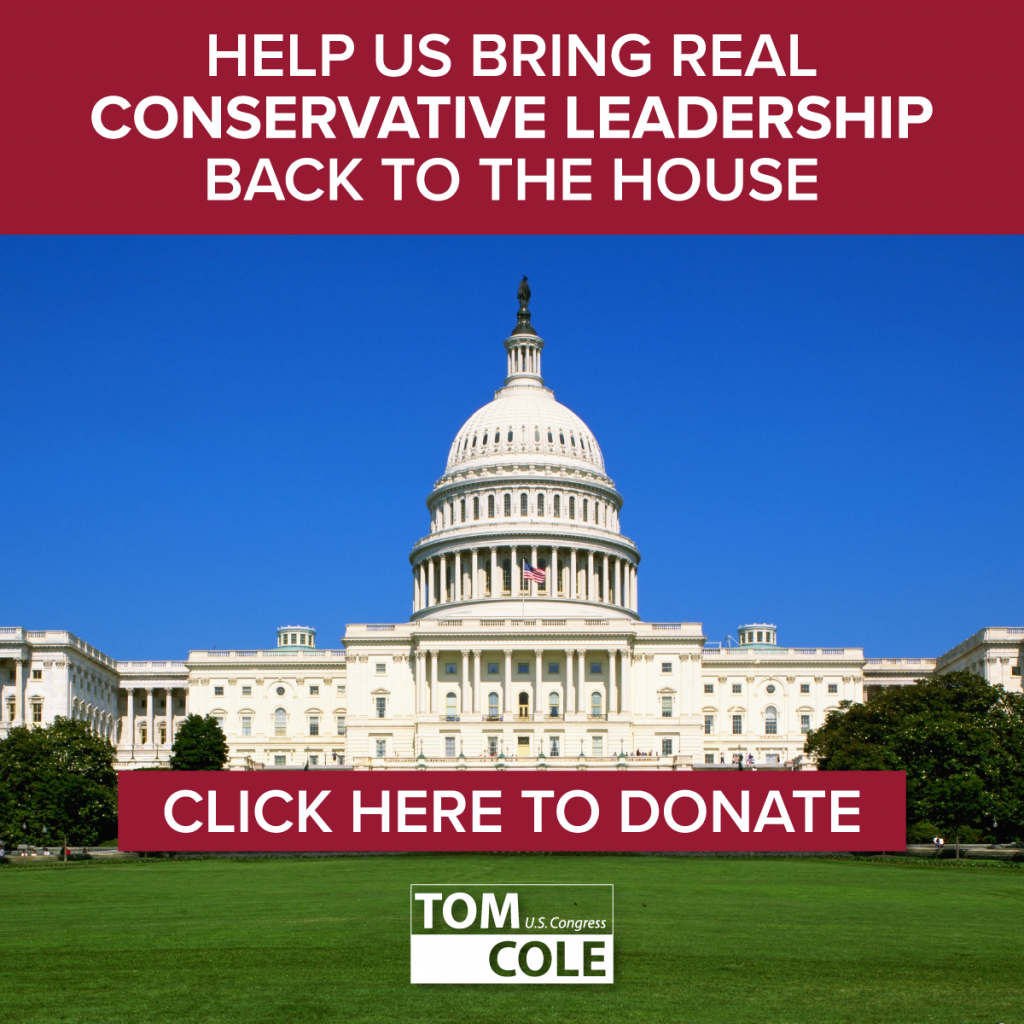